skip to main | skip to sidebar

Newcastle Greens today called on GPT to publicly release the ‘due diligence’ data that the company claims substantiate its proposal to cut the Newcastle rail line.

“The credibility of the company’s case for cutting the Newcastle rail line is on the line here,” Newcastle Greens rail spokesperson Cr Michael Osborne said.

At last night’s Panthers forum, GPT again asserted that it had come to the view that the financial viability of the company’s proposed retail development in the Newcastle CBD depended on cutting the rail line.

However, despite repeated questions from community members to explain this, the company continued to hide behind vague generalities, rather than giving specific data that could be scrutinised by the community.

“Due diligence is not a vague or general process,” Cr Osborne said. “Proper due diligence requires hard, rigorous data to support investment decisions.”

“The material that GPT has made publicly available to this point does not show any rigorous evidence-based link between the viability of the company’s proposed CBD retail development and their proposal to cut the Newcastle rail line,” Cr Osborne said.

“When public infrastructure worth hundreds of millions of dollars is at stake, this is simply not good enough. The Newcastle community has to be able to access the data to understand how GPT has arrived at its conclusions.”

“Where are the figures showing projected retail customers for both keep-the-rail and cut-the-rail scenarios? Has GPT tested alternative city-harbour connectivity scenarios that do not require cutting the rail line, such as those advocated by the community for many years? If so, which ones, and how did they compare?” Cr Osborne asked.

“Or – as some in the community suspect – is their proposal to cut the rail not based at all on such data, but rather on estimates of the profits the company could gain out of developing the public land that would be released by cutting the rail line?

We believe that one of our social responsibilities is to share our knowledge with relevant stakeholders to increase societies [sic] capability to act more sustainably.

“So far, despite repeated invitations to do so, GPT has not shared its due diligence data with its most important stakeholder: the Newcastle community. It’s not enough for GPT to hide behind vague references to ‘due diligence’, or public relations material, pushing its case for cutting the rail line.

“If it has specific, credible data that show a clear relationship between the viability of its proposed CBD retail development and the Newcastle rail line, GPT must release it now, or admit that there is no rigorous, evidence-based argument for its current campaign to cut the rail line,” Cr Osborne said.
Posted by Michael Osborne at 2:29 pm

Email ThisBlogThis!Share to TwitterShare to FacebookShare to Pinterest
Labels: Action on Sustainable Transport 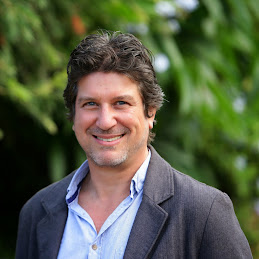 Michael Osborne
I am a Greens Councillor on Newcastle City Council, an environmental engineer, a worker for social and environmental change and am the coordinator of the Green Corridor Coalition, a coalition of more than 50 community groups dedicated to protecting biodiversity corridors in the Hunter.